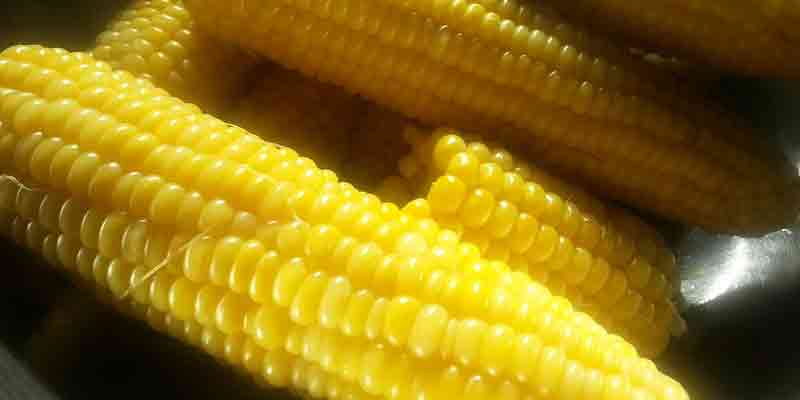 Do you own a guinea pig and wondering if they can eat corn?

Guinea pigs are wonderful pets to have around, but they take a lot of care. You must be thoroughly educated on how to care for them, particularly what to feed them and what not to feed them. Guinea pigs, like all other pets, can consume some foods and should never eat others.

Guinea pigs should only be fed raw maize directly from the plant as a treat and only on rare occasions. In this post, we will go over everything you need to know before feeding corn to guinea pigs, the diet of a guinea pig in its natural environment, and a lot more vital information.

Is It Safe For Guinea Pigs To Eat Corn?

If you have a pet guinea pig, you might be wondering if they can eat corn and how nutritious and safe it is for them. This article focuses on the safety and technique for feeding maize to guinea pigs. Yes, feeding corn to your guinea pig is safe. Some guinea pigs may react favorably and like the corn, while others will be utterly uninterested.

The emphasis should be on serving raw corn because cooked corn cannot be absorbed, resulting in health issues. Corn, on the other hand, should not be a normal staple diet, but rather a once-in-a-while pleasure.

Remember to properly wash the corn before feeding it to your pet guinea pig.

Guinea pigs may consume baby corn (from the maize plant) in tiny amounts twice a week. Unlike mature corn cobs, which have a hard, inedible cob, these tiny cobs are harvested before they become fully mature and may be eaten whole.

There isn’t much information regarding the nutritional worth of these corn lets, but keep in mind that your guinea pig’s diet should mostly consist of green leafy vegetables with a little number of other vegetables, so feed carefully.

How to Feed Corn to Guinea Pigs?

The corn is best served on the cob, with the silk and corn husk still attached. It offers greenery and additional nutrients, as well as fiber on a diet that is essential for cavies digestion. Guinea pigs also love the individual yellow bits and chunks, often known as maize kernels. The kernel should be served in tiny amounts since it contains the most calories and water of any component of the vegetable. It induces bloating when consumed in large quantities.

If your guinea pigs show signs of becoming overweight, reduce their corn intake. Feeding your guinea pig a full cob is a lot of fun and excitement for them as they unwrap their gift to get to the delicious kernels within.

How Many Corn to Feed Guinea Pigs?

Corn is rich in fiber and poor in calories. As a result, husk may be freely offered to guinea pigs and adds diversity to a hay-based diet.

Guinea pigs require a lot of fiber in their diet as it helps with their digestion.

The guinea pigs might get disinterested in the hay if it is not changed on a regular basis or if it is not served fresh.

When it comes to corn, be sure to combine it with other meals, such as hay, and do so on a regular basis as a reward. Cornhusk should never be used in place of hay, but it is far healthier for guinea pigs than the kernels. When getting your husk, you should always search for organic corn cobs.

How Often Can A Guinea Pig Eat Corn?

Guinea pigs may cease eating as a stress response to unfamiliar meals. The introduction of meals should be done gradually and with special care paid to the animal’s reactions. Hay is an essential source of nutrition for guinea pigs. The front teeth of guinea pigs continue to develop throughout their lives; hard objects such as maize keep their teeth in place. When it comes to guinea pigs, a low carbohydrate diet is ideal.

Raw kernels on the cob can be offered to your guinea pig 1-2 times each week. Other components, including the inner husk and corn silk, can be consumed on a regular basis. While insecticides are used on them, the outer husk is discarded. The middle section is discarded since guinea pigs do not consume it.

Corn is safe for guinea pigs to eat. You should only feed corn to them in moderation to prevent any health issues from arising. Corn doesn’t have the proper amount of nutrition. Feeding them in small amounts will be enough for them to enjoy.