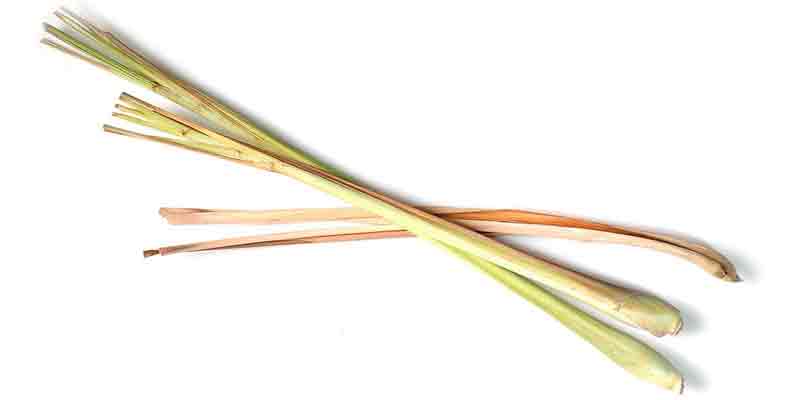 Lemongrass is a herb that’s popular in Asian cuisine. This herb gives food a citrus flavor and brings the flavor out. For humans, lemongrass is safe to eat. What if you want to feed lemongrass to your guinea pigs?

Can guinea pigs eat lemongrass? Yes, guinea pigs can eat lemongrass, but only a small amount of it. This herb is a source of citronella, which is an insect repellant. Too much of it can be harmful to guinea pigs. Other than that, lemongrass has many nutrients that can benefit the guinea pig’s health.

Is It Safe For Guinea Pigs To Eat Lemongrass?

Lemongrass is safe for guinea pigs but in small amounts. Feeding them in large amounts could cause them harm, even be fatal for them.

Lemongrass is packed with nutrition that the guinea pigs can benefit from. This herb is a good source of vitamins such as A, B1, B2, B3, B5, B6, and C.

Lemongrass also has many important minerals such as calcium, potassium, magnesium, phosphorous, and zinc.

Below are some benefits of feeding lemongrass to your guinea pigs:

Lemongrass is a good source of antioxidants, which can help prevent diseases. The antioxidant is a compound that prevents free radicals from destroying the cells in the body.

If the free radicals are not kept at a minimum, they will destroy the cells which will lead to the guinea pigs having diseases and becoming ill.

Lemongrass has a good amount and many different vitamins, especially vitamin C. This vitamin helps boost the immune system of guinea pigs. A strong immune system will prevent them from becoming sick. If they do get ill, vitamin C along with other vitamins in the herb will help them recover quickly from the illness.

Lemongrass contains citral, which has been proven to be very effective against obesity. It will prevent the accumulation of fat in the body. Instead, citral promotes the use of the fat and converts it to energy. The result will prevent guinea pigs from gaining weight.

No, baby guinea pigs should be given any lemongrass. Their digestive system has not developed enough to be able to digest the herb.

Instead, baby guinea pigs should be fed a diet of Timothy hay and their mother’s milk.

Once they are about 3 weeks old, you can try to introduce lemongrass to them, but only a very small piece of it. Make sure to mash the herb first before you give them any.

You should avoid giving the guinea pigs any lemongrass leaves. While it’s not toxic to them, the leaves have sharp edges that could cut their mouth. Also, the leaves are very tough and will be hard for them to digest.

Therefore, the leaves should be cut off before giving the cavies any lemongrass.

How To Feed Lemongrass To Guinea Pigs

When it comes to lemongrass, you can either feed them the herb fresh or mix it with other foods.

If you’ve grown some lemongrass in your garden, start by cutting at the bottom of the stalk. At the top of the stalk where the leaf starts at, cut off the leaf from it.

Then peel the outer layer off the herb. This is a hard layer that the guinea pigs won’t be able to chew through. You may have to peel another layer under it if there’s another one.

Once all the layers are peeled, you’re left with the soft part of the stalk. You can give them the entire lemongrass stalk or cut them into smaller pieces.

Mixing with Other Foods

You can mix the lemongrass with other food or pellets. This is a great way to give them a boost in nutrition.

Cut or slice the lemongrass into tiny pieces and mix it into their food. The guinea pigs probably won’t notice any of the herbs.

How Much Lemongrass To Feed Guinea Pigs?

Since lemongrass doesn’t have much nutrition, you should only feed lemongrass to the guinea pigs in a small amount. This means a stalk of lemongrass for each guinea pig.

As for baby guinea pigs, avoid giving them any.

If this is the first time that you’re feeding lemongrass to your guinea pig, give them a small piece first. Wait 24 hours to see if they have any allergic reaction to it. Some guinea pigs have a very sensitive stomach and won’t be able to eat the herb.

If the guinea pig has an allergic reaction, it will either have diarrhea or an upset stomach. Stop feeding them lemongrass.

On the other hand, if the guinea pig doesn’t have any allergic reaction, and they seem to like it, you can continue to feed them.

How Often Can A Guinea Pig Eat Lemongrass?

Guinea pigs should only be fed lemongrass in moderation. This is due to the citronella that’s in the herb.

Also, lemongrass doesn’t have a lot of nutrition that guinea pigs require each day. Like other herbs, lemongrass should only make up 10% of their entire diet. The rest should come from quality pellets, hay, and fresh vegetables.

About 1/8 cup of pellets once a day, some vegetables, and an unlimited amount of fresh timothy hay should be provided for them.

Therefore, lemongrass can be fed to them, once or twice per week.

Other Herbs That Guinea Pigs Can Eat

Parsley contains essential nutrients, especially vitamin C that the guinea pigs need to stay healthy. While this herb is great for them, it should only be fed to them in moderation. Overfeeding parley to the guinea pigs will result in the formation of bladder stones and other digestive issues.

Basil is one of the most popular herbs, and it can also be fed to guinea pigs. This herb is loaded with vitamins, minerals, and a good source of antioxidants. Basil also contains a good amount of calcium. If the guinea pig consumes a large amount of it, it can have digestive problems.

Mint is another herb great for guinea pigs. They can eat all parts of the mint that includes the leaves, stems, and flowers. Avoid feeding them the roots of the herb since it doesn’t have any nutritional value.

Lemongrass is a herb that’s packed with nutrition and healthy for the guinea pigs to eat. Due to the citronella substance in the herb, it can make it harmful for the guinea pigs. To prevent any health issues, feed the herb to them in moderation. This means a stalk of lemongrass for each guinea pig, once or twice per week.